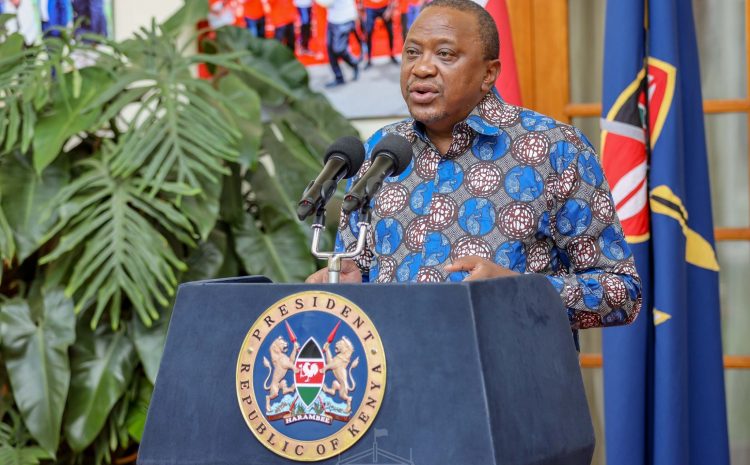 June 2019 will always be a memorable day for management and staff of Rivatex during the commissioning of ultra-modern machines.

Besides the launch which was witnessed by President Uhuru Kenyatta, something happened that completely changed how we are viewed as a society.

As speeches were going on, the head of state dressed in a suit left his official seat at the dais and left for the back side. Few minutes later, he emerged in tow with his security detail donning a white shite with blue stripes.

While giving his speech, he broke the news on the shirt he was putting on while informing the congregants who had filled the dome tent to the brim that it is one of our products.

For him, he had already made his mind on promotion of local apparels and made it clear that it will be prudent for every civil servant to don Made in Kenya fabric every Friday.

Many thought it was just a passing cloud by they started marveling at the unique shirts won by President Kenyatta every Friday. Little did they know that the origin was Rivatex.

At the facility, the team tasked to coming up with good designs for the head of state and corporate world are non-other than Tailoring, Fashion and apparel units.

The team comprising of 100 tailors are under the leadership of Rael Chepkemboi and Victoria Mwikali and have been striving hard together with their able team to stitch quality apparels that are attractive to the local and international market.

They are the same people that stitched the first shirt that was won by President Uhuru Kenyatta during the Commissioning event. The latest outfit was the one that he wore during the launch of Building Bridges Initiative (BBI) report in Nairobi.

“Every week, they have to ensure that the President’s shirts are ready. He has become our number one chief marketer and his gesture has always given us the zeal to do more knowing that people appreciate what we do,” said Chepkemboi.

The team has been serving clients comprising of Office of the President, Cabinet Secretaries, Parastatals, County Governments, companies, individuals and others.

“We are keen on the latest trends on designs and we ensure that we always keep abreast with what each target group wants,” noted Mwikali.

We produce textile products that are customized to suit the customers’ needs and preferences both 100% cotton or polyester/cotton blends.